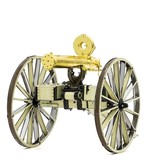 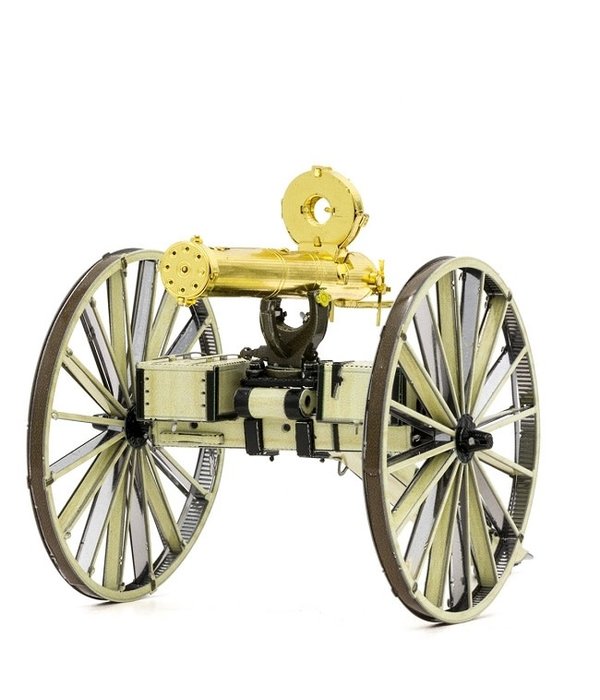 The Gatling gun is one of the best-known early rapid-fire spring loaded, hand cranked weapons, and a forerunner of the modern machine gun and rotary cannon. Invented by Richard Gatling, it saw occasional use by the Union forces during the American Civil War in the 1860s, which was the first time it was employed in combat. The Gatling gun was an early form of rotary cannon, and today modern rotary cannons are often referred to as Gatling guns.

Superior detail in these do it yourself (DIY) models begin as two 4-inch steel sheets and, when completed, create a fabulous 3D miniature model. Easy to follow printed instructions included in every package. Build your entire collection today!